In spring, sorghum opened a dialogue wherever it went 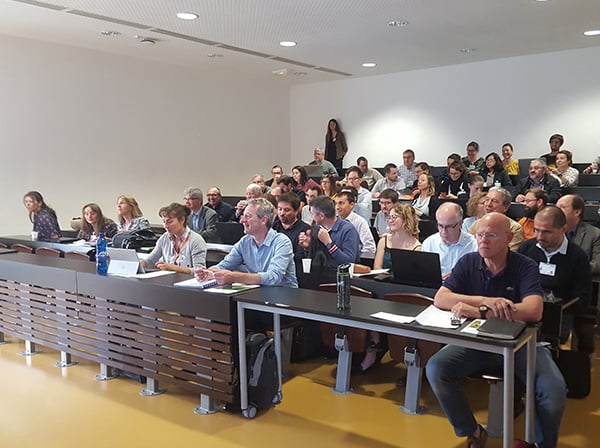 France. “Sorghum: multipurpose plant: what are the new promising markets?” Day on 15 May in Toulouse,

at the initiative of CIRAD and Arvalis, in partnership with Sorghum ID. During one day, 65 professionals (scientists, institutes, seed companies, first and second transformation industries) shared their experience with sorghum. All of sorghum’s outlets were discussed: human nutrition, industrial use such as dyes, biomaterials or bioenergy. The day was organised in several stages: first a plenary session during which experts presented a state of play of the various existing works; then workshops. The 3 workshops focused on 3 themes: the cultivation of sorghum (use in catch crop, vegetal cover…), human nutrition and biomaterials. The objective was to highlight the different obstacles to the development of sorghum in these 3 different outlets, but also to identify the solutions to be implemented to remedy them with the various participating institutes such as CIRAD, Arvalis, competitiveness clusters, the CRT Catar, … 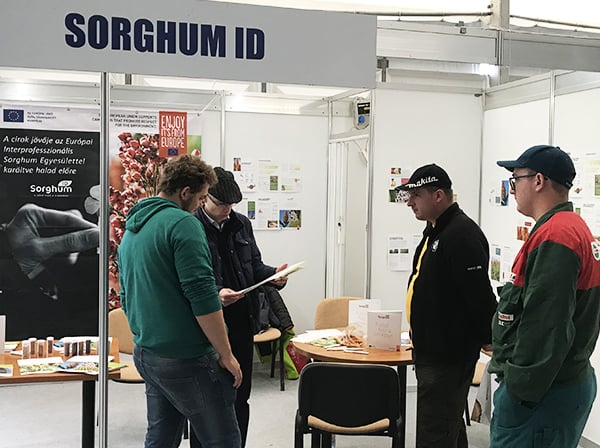 On the border with Serbia and Romania, an annual agricultural exhibition is organised for both breeders and cereal farmers of the Great Hungarian Plain. Hungary has seen its sorghum acreage significantly increase this year from 11,000 ha in 2018 to 25,000 ha in spring 2019. In fact, due to last autumn’s drought, the rapeseed acreage is also very low in Hungary, pushing farmers to increase their acreage of ​​spring crops, thus benefiting sorghum. Hungarian farmers are increasingly faced with these climatic changes (long periods of drought and high temperatures), so they want to diversify their crop rotations and limit risks. Many farmers came to the stand to receive technical documents, but also to learn about the different outlets. The Hungarian sector is beginning to be more structured, with several traders now collecting sorghum either to export to Italy or Poland, or to use it in pigs and poultry feed. On the sidelines of this fair, a conference was held on the advantages of sorghum for Hungarian agriculture. This conference organized by the University of Szeged, brought together a hundred participants. 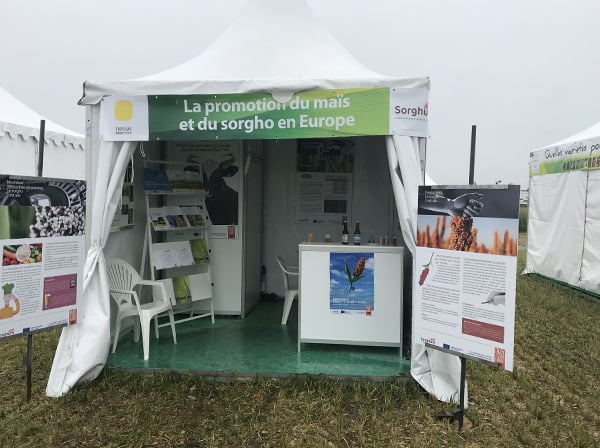 France. Sorghum ID was present at the “Culturales” fair organized by Arvalis on 5-6 June.

For the first time the exhibition was held near Poitiers, in a region (Center Val-de-Loire and Poitou-Charentes) where sorghum has recently been thriving. Sorghum ID presented its various actions: promotion of sorghum cultivation in France and in Europe. Despite a first rainy day, there were many visitors (10,000). They were able to gather a lot of information on sorghum cultivation and, at the same time, the Sorghum ID team could also identify their main concerns and questions. Two major challenges emerge: the desire to lengthen rotations, and that of introducing a spring crop to manage weeds. Indeed, in this region, there are many farms where rotation is based on winter crops (wheat, barley and rapeseed). The introduction of sorghum in irrigated or non-irrigated areas is therefore an interesting alternative to lengthen rotations and address the problem of plot contamination. 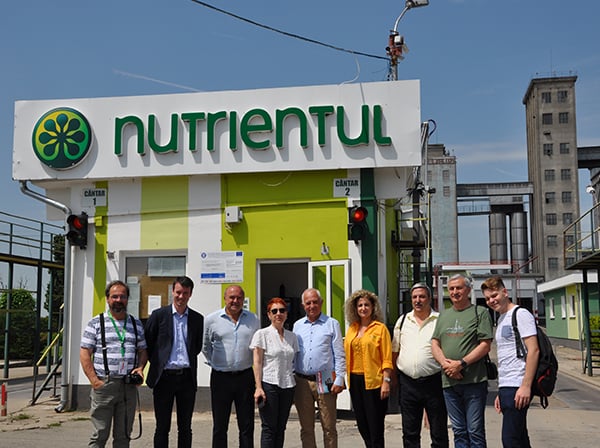 Romania. Discovery of sorghum during a study trip for Romanian influencers.

As part of the European promotion plans and in partnership with the APPR (association of Romanian maize and sorghum producers), Sorghum ID organized a study trip on 12 and 13 June in the regions of Oradea and of Timisoara, on the border with Hungary. During this trip, 3 producers from the South region, 3 journalists and a secretary of state were able to discover the advantages of growing sorghum at the agronomic level and the advantages of the grain in animal feed, with the visit of the Nutrientul company, one of the largest in western Romania in the production of chickens, pigs and cattle feed. The trip ended with an intervention by Yannick Carel, an Arvalis engineer who presented the sorghum market at the global and European level with a particular focus on the consequences of the China-US trade war on sorghum trade.