At the end of October, with almost all European sorghum harvested, it is possible to draw up a first inventory of production. It appears that European production (EU-28 + Ukraine and Russia) comes close to 1.3MT. This is a good level of production, higher than the previous harvest. It can be explained mainly by the increase in acreage in all European countries but also by good yields in Central and Eastern Europe.

In Bulgaria, Romania and Hungary, yields are estimated at 5T / ha on average. In Ukraine and Russia, yields are very diverse ranging from 2T / ha to more than 7T / ha for the best plots, especially those planted with star-sorghum genetics (hybrid genetics). In Austria, yields are good and stable, at 10T / ha.

In Western Europe, the trend is the opposite, with yields slightly down in France, Spain and Italy. The main reason is the lack of rain in June, July and August, associated with extreme temperatures. In France, the yield is estimated at 5T / ha, 0.3T less than last year. In Spain, the yield lost 1T per hectare to reach 4.8T / ha. In Italy, the estimated yield is 6.5T / ha, a decrease of 1.5T / ha compared to the 2018 harvest. Despite difficult climatic conditions, sorghum shows good yield levels and shows good resilience in a context of global warming. 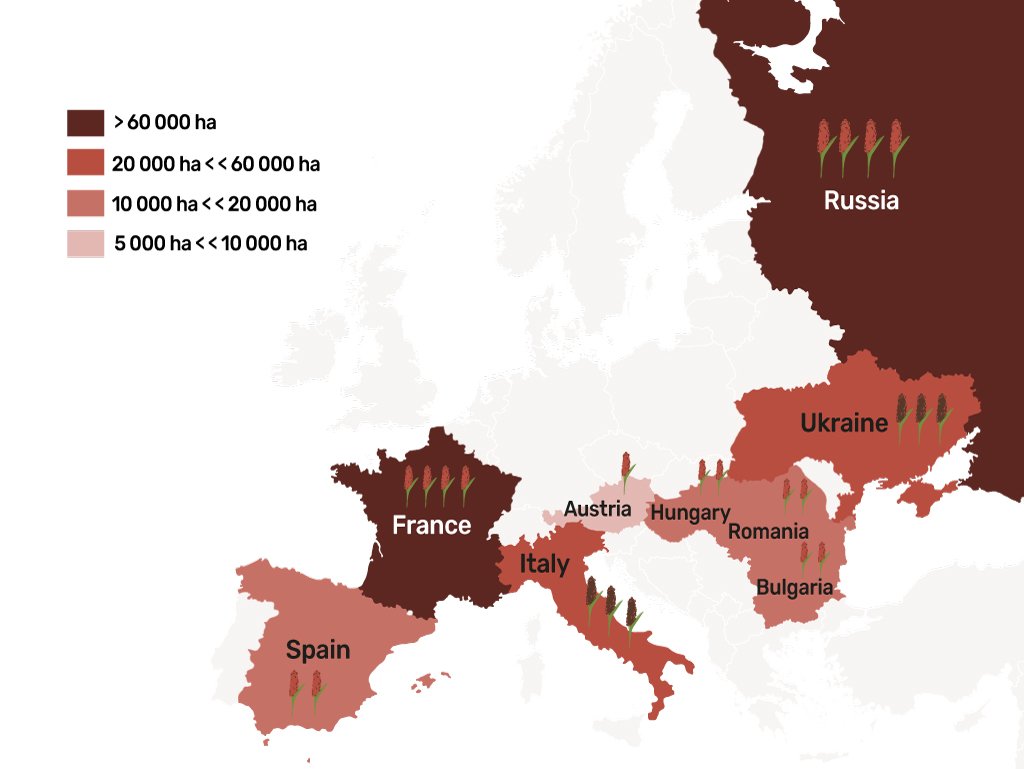 In early 2020, sorghum will take part in many exhibits

Making electricity from sorghum? Yes we can.