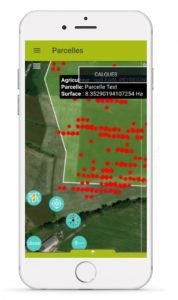 Farmers regard jimsonweed as a competitor species to their crops. However, it is its toxicity that they fear most, since its grains, stalks, and leaves contain strong alkaloids (scopolamine, atropine, and hyoscyamine), which may prove dangerous even at low levels. Jimsonweed presence in the harvested crops must remain below a threshold that has been regulated at one grain for every 6 kilograms of sorghum. What is more, it is to be expected that yet stricter standards be enforced in the near future. It is therefore critical to spot this natural contaminant in the fields. Which is what the Telespazio France company offers through its GEOADVENTICE system. How does it work? A camera-equipped drone hovers over the target plots; the photo captions are analysed by an artificial intelligence device, and then validated by a team of agronomists. The resulting detection maps can be subsequently consulted via smartphones.

Three days after the drone passage, the maps can be accessed by technicians and farmers. GEOADVENTICE provides a first “health check scan” of the plot, which allows growers to either resort to targeted weeding or carry out selective harvesting. The system works for many other crops besides sorghum and has already been tested on almost 10 000 hectares, in 2020. 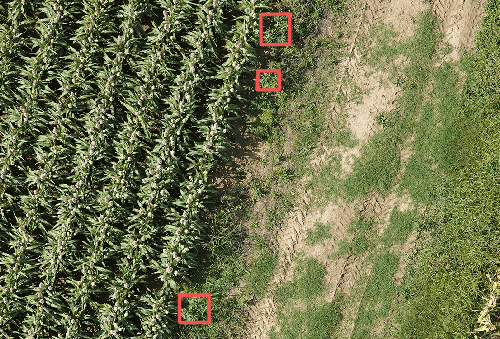