Four years after its creation, the sorghum sector starts to reap the rewards of its work 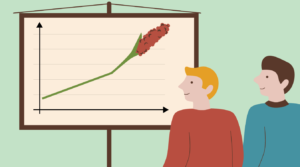 The sorghum sector reaps the rewards of its work

The Annual General Meeting of Sorghum ID, which took place by web conference on 26 May, took stock of the results achieved, following the promotion plans put in place in 11 European countries, as well as Russia, Ukraine, Iran and Turkey, with the support of the European Commission, aimed at encouraging the cultivation of sorghum and promoting the advantages of European genetics. And the effects of all this in terms of production and demand are now clearly visible. In 2020, production increased to 61.5 million tons, an increase of +6% over 2019, mainly due to the new areas planted with the crop. This trend reflects demand, which has increased by 5% due to the growing need for animal feed (+17%), in China especially. At global level, we can see a rise in world trading in sorghum, with 8.4 million tons exchanged in 2020, an increase of no less than +40% over 2019. This has led to a significant increase in the areas planted with the crop – +60% in Europe, mainly in France and Hungary.

Promotion throughout Europe is ongoing and active

The Seeds For Future promotion plan was presented during the Annual General Meeting, and is due to be rolled out in Bulgaria, France, Italy, Romania and Spain, with the support of the European Commission. The aim is to develop sorghum production in those countries through the excellence of European genetics and the promotion of awareness among farmers, technical specialists, industrial operators (animal and human food sources and bio-industrial production) and opinion leaders in the world of agriculture.

A new delegate for Sorghum ID

Céline Duroc, the General Delegate of Sorghum ID since 2019, is replaced by Valérie Brochet, the manager of FNPSMS, who was appointed to the position by the board of directors. Daniel Peyraube and Pierre Pagès, the presidents of CEPM and FNPSMS respectively, were elected to the executive board.

In this way, anybody seeking information on sorghum can find what they need in 2 clicks