In the EU, grain and feed sorghum areas have increased by 18 percent in 2020: up 20 percent and up 12 percent, respectively. This rising trend has equally been witnessed in Eastern European countries such as Russia and Ukraine, indicating the producers’ growing interest in this crop, whose resilience to adverse weather is a real asset. This year’s grain sorghum yields demonstrate it: with 5,62 tons/hectare, they are going up throughout the continent, despite the fact that strong discrepancies do exist behind that figure.

Italy, Austria, Hungary, and Spain have also seen their yields go up significantly compared with 2019 and with the latest five-year average. With 5,06 tons/hectare, France’s yields have gone down slightly from the previous five-year average, as a result of pronounced drought. In the Black Sea region, too, this year’s drought has brought yields down significantly in Ukraine (down 27 percent), Romania (down 30 percent), and Bulgaria (down 8 percent). 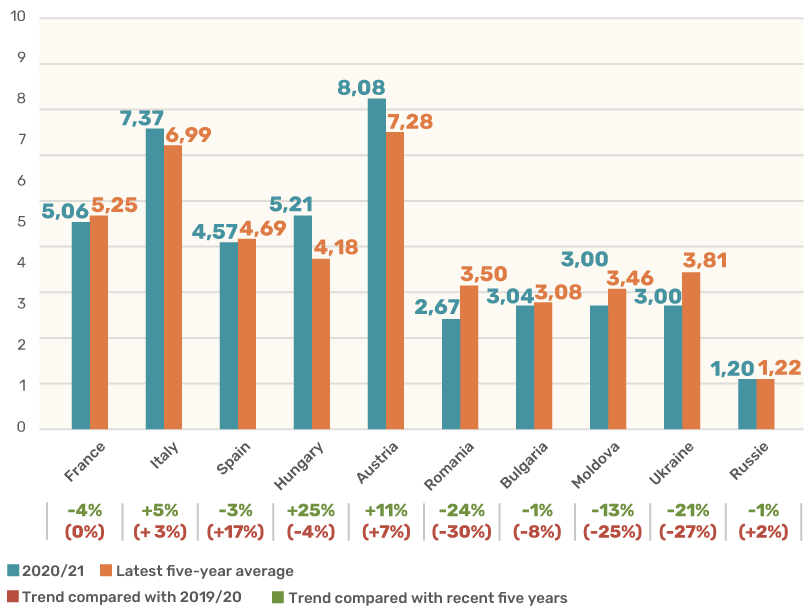 Although Fluctuating, Sorghum Production Is Attractive to some Russian Growers