The protein content of sorghum varies between 10 and 12% depending on the soil and climate context. This very interesting data places sorghum at the same level or even slightly higher than other cereals commonly used in animal feed such as wheat, barley or maize.

Grain sorghum can be grown in most European countries. It is therefore a local source of protein of interest to food and feed manufacturers, which respects the societal expectations of a production that is local and respectful of the environment.

Sorghum grain needs to be properly processed so that its full potential is released. As it is smaller and harder than the maize kernel, to improve its digestibility it needs to be broken down into fine particles.

Milling is an important step.

Milling results in the digestibility of sorghum in food, as well as a better availability of starch, ie energy. The finer the grain, the better it is absorbed by animals. However, excessive grinding can cause the opposite effects, namely making the nutrients less accessible. Two millimeters is a good compromise. This increases the level of digestibility of the main amino acids compared to 4mm milling. The grinding equipment (grid), as well as the grinding speed must be adapted to reach the size of 2mm. The grinding result must have a homogeneous texture that is easy to incorporate into the feed mixture.

Since all animals do not have the same sensitivity, the quality of the milling acts differently according to the species and development stages. 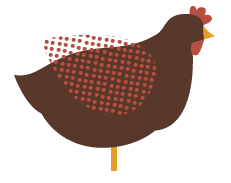 Become a member of Sorghum ID!

With sorghum, we have significant room for improvement.