Within a few weeks, the war in Ukraine has disturbed the world economy in many of its sectors. How can this situation impact the 2022 grain areas – and in particular, those of sorghum?

At the moment, it is hard to give an estimate as to the end of the war in Ukraine – and incidentally, to the upcoming trends of grain areas. However, given Ukraine’s place in the global grain production, one can anticipate the country’s trend in that sector.

The UkrAgroConsult consulting agency estimates that the disturbed spring plantings will cause Ukraine’s area of summer crops to drop by 29 percent (as against 39 percent, according to the Ukrainian authorities). The loss should be mainly triggered by the shortage of inputs resulting from the disrupted logistics. An additional issue is the shortage of fuel – reserved for the military operations – and difficult to transport where needed. 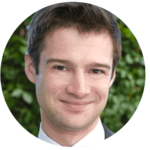 „World sorghum areas should remain virtually unchanged, with the European ones remaining stable. Besides the difficulties in Ukraine, weather conditions are very dry – therefore, sorghum continues to be an attractive option.” – says Pierre Guillaumin, with the Economics and International Market Department of the FNPSMS[1]. 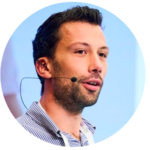 On the other hand, yields may see a slight decline in Ukraine, according to Martin Gomez, in charge of the international promotion at the FNPSMS: “As seed exports to Ukraine drop, the country may turn to a locally-based sorghum seed production – and this could mean a drop in its domestic yields”.

Within the currently unpredictable context, one should however remain attentive to the developments, which change rapidly and permanently.