Although Fluctuating, Sorghum Production Is Attractive to some Russian Growers

“If I were to plot sorghum production in Russia, it would be a sinusoid”, Artem Gorelov explains as an introduction. The figures confirm it: between 2002 and 2010, grain sorghum areas fluctuated between 20 000 and 50 000 hectares, “which is nothing at the scale of our country”, he points out. Then during 2011-2016, the areas increased strongly, reaching 229 000 hectares. However, over the past few years, they have gone down significantly. Thus they fell by almost a third, reaching 71 000 hectares in 2018 and 89 000 hectares in 2019. “This year, our data indicate that the production area will stand at about 83 000 hectares – and it will not be easy to make estimates for the next season.” 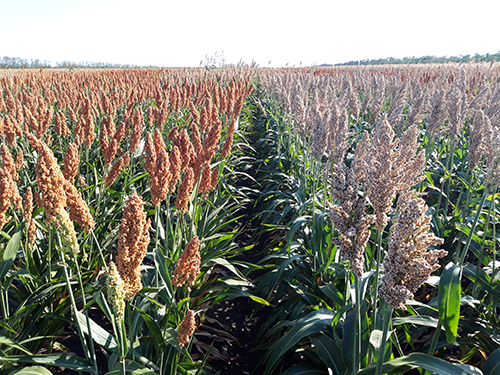 First, the Domestic Market and the Livestock Industry

Russia’s grain sorghum production is mostly used on the domestic market. Only 10 to 30 percent of the amount produced is exported to Europe, Central Asia, and the Middle East every year. In Russia, sorghum is mainly used in the livestock sector – especially poultry –, with significantly lower amounts being used in swine feeding. “Certain farmers grow sorghum for late silage, but not many of them master that technique”, Artem Gorelov specifies. 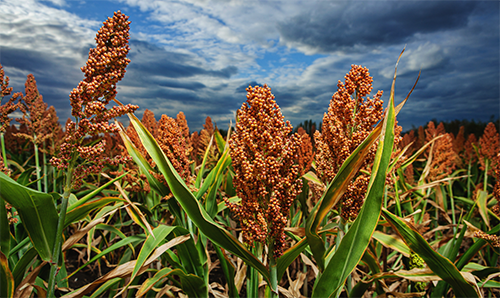 Russian farmers are driven to grow sorghum for different reasons: to some, it is a substitute crop in areas where dry and hot climate limit production; to others, sorghum allows them to produce feed themselves – whether for poultry or hogs; and some others see it as a good way to balance their dairy herds’ rations due to the high nutritional value of late silage, while cutting down on their costs. Over the past few years, many Russian farmers have taken growing sorghum very seriously. They have gained experience, they have the know-how on how to produce the crop, and make investments to obtain a successful crop.

These farmers are very demanding when it comes to seed quality and choose their hybrids very carefully, because they understand that the success of their crop depends on these factors.