Sorghum in the land of windmills and tulips. 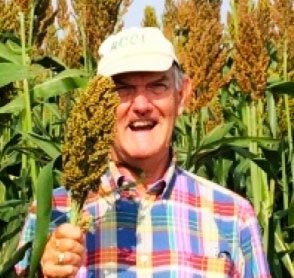 Once his PhD thesis “Wheat Improvement in Zambia Using Incomplete Rust Resistance” was in his pocket, Walter headed to Mexico. He then worked as a post-doc at CIMMYT (International Maize and Wheat Centre). But soon enough, together with his family, he went back to Africa: in Bulawayo, Zimbabwe, he worked again on African cereals with ICRISAT (Centre for Crops in Semi-Arid Regions) within the framework of SADCC (Southern African Development Coordination Conference covering 9 African countries). “Thanks to this experience, I have improved my knowledge of sorghum and discovered the diversity of existing germplasm. Then, when my children reached secondary school age, we returned to the Netherlands where I worked as head of international vegetable and flower research and development for Syngenta and Limagrain.”

But in 2002, Africa called Walter de Milliano once again, “I was asked to become a professor of tropical cereal breeding at the African Centre for Crop Improvement in Pietermaritzburg, South Africa”. A position that led Walter to work on germplasm and sorghum breeding. “I was so convinced of the capabilities of sorghum that I introduced it to the Netherlands in 2005. The aim was to develop sorghum prototypes for temperate regions above 48 degrees north latitude.”

Result: in 2010, Walter started growing sorghum on the farm “Hoeve Dierkensteen.” He shares his experience and observations with us below.

A pioneer of sorghum ‘made in the Netherlands’

Sorghum prototypes (up to F8 available in 2013) were selected from the best performing lines, through crossbreeding started in 2008. Up to two growing cycles were carried out in one year: one in the Netherlands and one in South Africa. In the Netherlands, the introduction of sensitive photoperiodic sorghum was not viable (the days were too short) and when this occurred, it led to fertility problems.

Locally developed sorghum lines produced viable grains (chalky white and different coloured, tannin-free) that could be harvested and had a measurable sugar development in the stem, in Oostburg, the Netherlands (51 ° 20 ‘NL, 3 ° 30’ OL, 1 m a.s.l.). At full maturity, a sweet stem was obtained (Brix up to 27°). The height of the plant was between 1.5 and 2.9 m. The thickness of the stem was between 0.6 and 1.3 cm.

In 2013, Dr. Nick Van Eekeren of the Louis Bolk Institute in the Netherlands was the first to demonstrate that sorghum lines were capable of producing seeds and sugar. Although they tended to be later than maize, the lines had a variable but quite respectable yield (up to 18 tonnes of dry matter) and fairly good forage digestibility (high VCOS = 74 for hybrid maize, as determined by NIRS or VCOS T&T laboratory tests, 72 is good digestibility). The hypothesis was that through sorghum breeding it should be possible to have a new high energy crop complementary to maize: sugar + starch 377 g for a sorghum line and 335 g for a maize hybrid. See the table below. Another interesting point: the crude protein content of sorghum was high compared to that of maize.

What is the secret to grow sorghum in the Netherlands?

This Dutch sorghum probably offers a new production opportunity for cereals in temperate climates, as well as for biomass production in regions with low potential (dry, light or salty soils). Knowing that hybrids will give better results, trials and experiments are still ongoing to improve the knowledge of sorghum cultivation in Holland.

The main effort is focused on the development of forage varieties for cattle and goats. Scientists are increasing the knowledge and producers are also looking to Sorghum ID to gather information. Over the past two years, experience sharing on forage sorghum has intensified, thanks to the initiative of a dynamic group of diverse audiences. This group met on 5 February 2020, in Den Bos, Netherlands: more than 80 people shared their knowledge and experience, with a common quest: how to use sorghum in addition to maize?

How is sorghum consumed in Holland? 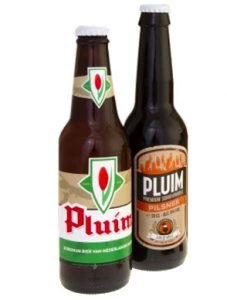 Ir. Martijn Stevens created a beer from sorghum. He called it “Pluim” (“Feather”) after the sorghum chef. He also showed that cardboard and paper could be produced from the fibre and that sorghum was therefore an ideal crop to start a real circular economy.

The Dutch working group would like the collaboration with Sorghum ID to be extended to the northern regions as well, since the experience gained suggests that sorghum is likely to develop at higher latitudes.

Discover sorghum in Kiev and Moscow